Reassurance and safety at home

Helping to create a safe environment for a family.

Safety Pod in the family home

When Olivia Turner became overwhelmed and distressed, the 15-year-old, who has autism, ADHD and a learning disability would sometimes resort to hitting out at her parents and trashing property in the family home.

But since coming out of an inpatient facility after a 12 week stay from April this year – and using a Safety Pod to help her calm down at home – her parents Dawn and Jonathan have not had to resort to calling the Police, something which was a weekly occurrence before.

Dawn says: “We have been on a journey – some might say a nightmare.  It has been quite horrific, both for Olivia and for us as parents.

“Our daughter spent time in an inpatient facility from April this year. We were having quite a lot of escalations in her behaviour. She was getting very overwhelmed at home and getting very angry causing damage to property – and damage to my husband and I.

“My husband was having to restrain her which, I felt was very wrong as a parent, having to do that for her own safety and the safety of the house. She is a 15-year-old girl and was doing quite a lot of damage to the home and trying to get out of the house. When she got angry, she got angry with both of us and we needed a third person to come in to de-escalate the situation. That’s why we were having to call the Police on a weekly basis – and they remain part of our crisis support plan.”

The family were recommended to use a Safety Pod by a healthcare professional who was looking into Olivia’s needs and helping to create a safe environment for when she returned home following her 12-week inpatient stay. He had been implementing the use of Safety Pods for a local NHS service.

Dawn said: “We got the Pod not long after she was discharged.

“Just having the Pod in her room is helpful and now one of her “calm down” cards that she uses to communicate her feelings has a picture of the bean-bag like Pod on it, so she can use it to tell us she wants the Pod.”

Now, rather than growing increasingly angry, Olivia will sit on the Pod and have a foot massage, or snuggle under a blanket on it whilst watching a film or having a sleep.

“We haven’t had to restrain her once since she’s come back from her inpatient stay,” said Dawn.

“We use the Pod as a tool to help her calm down and we’ve never got to the point where we have had to restrain her while we’ve had the Pod.”

Occasionally, the family bring the Pod downstairs and it has even been used in the kitchen to help calm Olivia.

“Just the fact that it is there, and her knowing it is there if she needs it is a massive help,” said Dawn.

“It’s also reassuring for me and my husband to know it’s there as part of our crisis plan.

“Since having the Pod, we have never got to that level of having to restrain her, instead, we’ve both sat beside her on the Pod to comfort her.”

Dawn admits she will even sit on it herself sometimes and says it makes her feel calm.

*Names have been changed to protect the identity of the client.

The only device of its kind to have medical backing and endorsement for use during physical interventions.

We are here to help

Have a question? Contact us and we’ll be in touch. 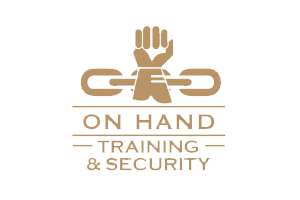 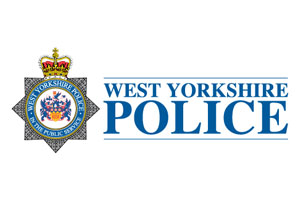